Lessons from the Front Page of React 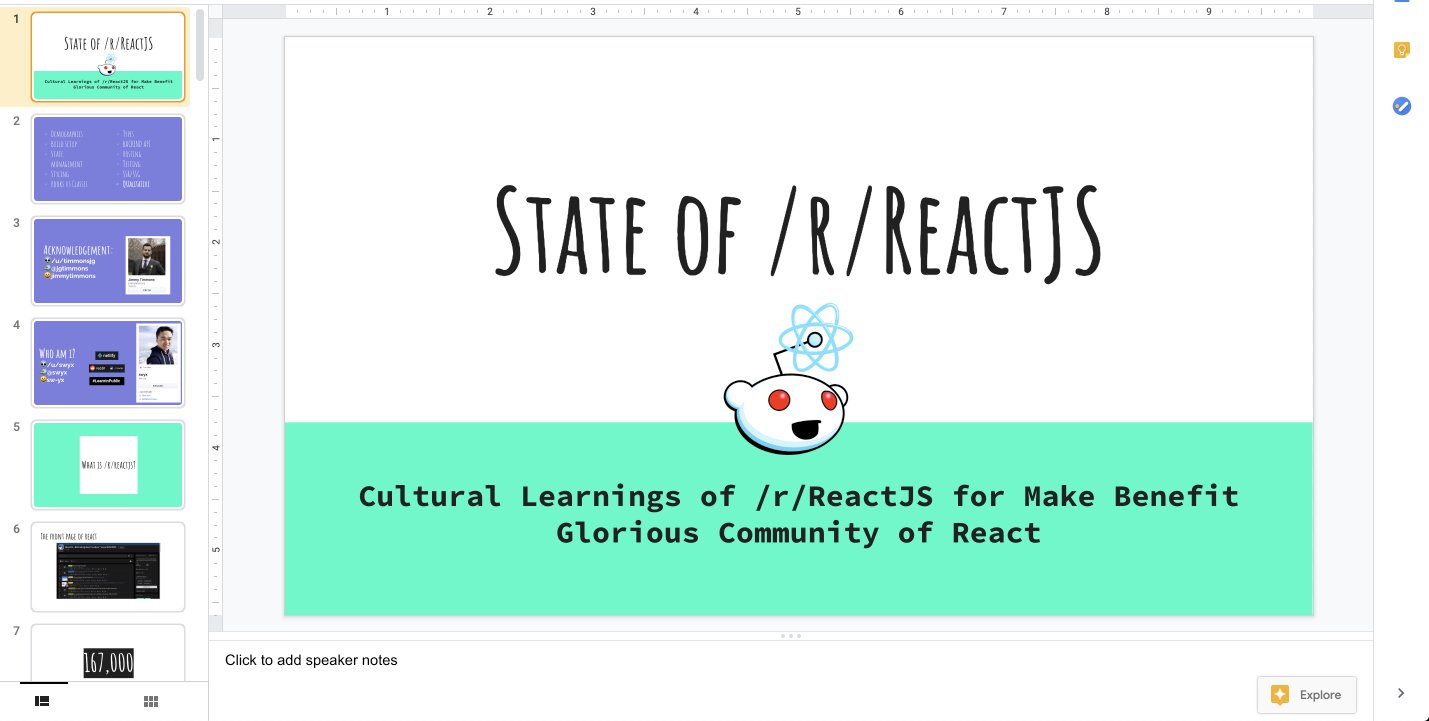 I presented at This Dot’s online React meetup today.

Here are the slides that I made

Here is the video recording

Note that I do not at all take credit for the survey - I only made the slides and gave initial ideas - The survey and data munging only happened with the heavy lifting made of /u/timmonsjg and reviews from the mod team on Reddit.

Here are some pull quote facts for the lazy: 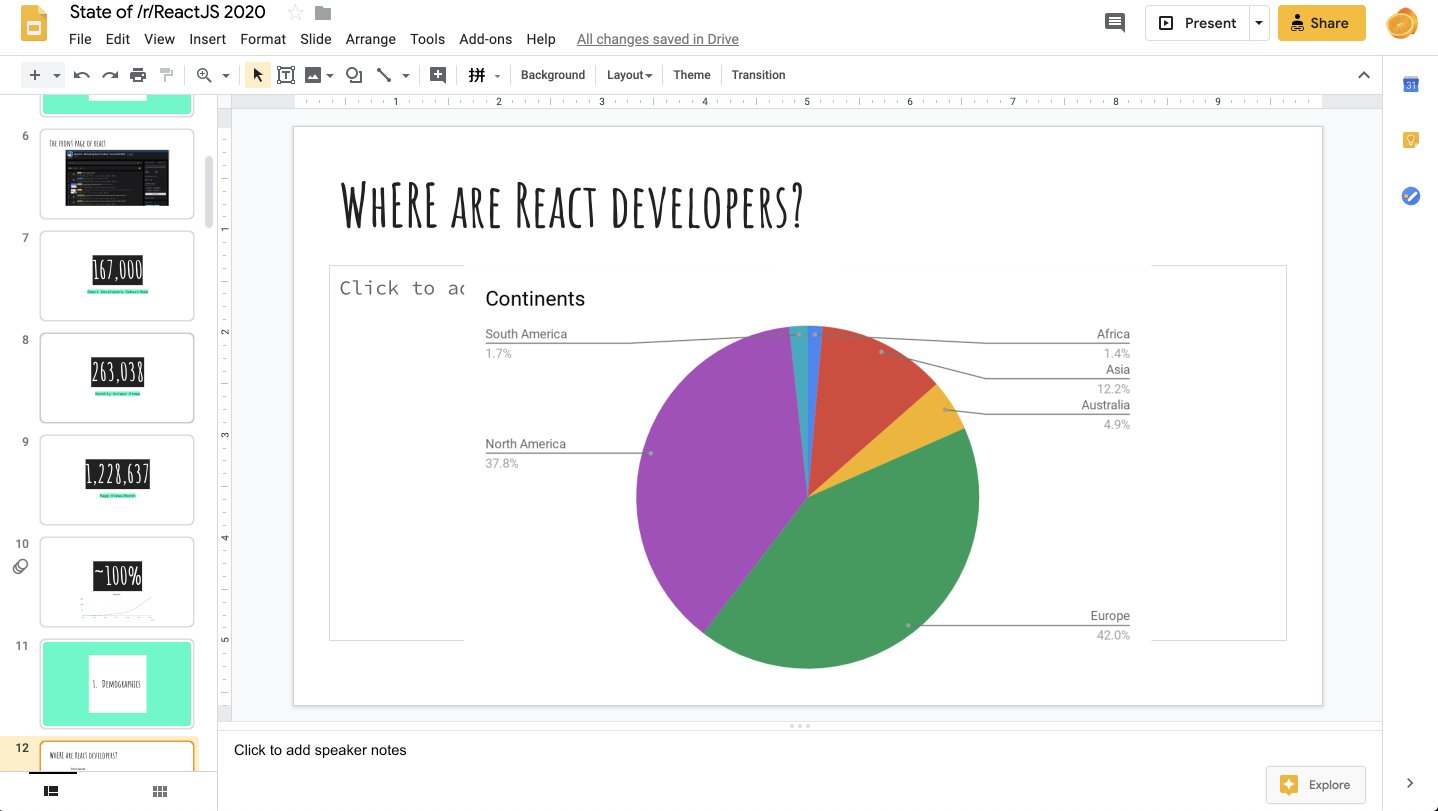 I think at this point I have a pretty good eye for what does well on Reddit. High effort stuff that inspires people, preferably open source. See the slides or go to /r/reactjs itself and sort by top all time posts to see examples.

What people want more of

These are gleaned responses from survey answers. 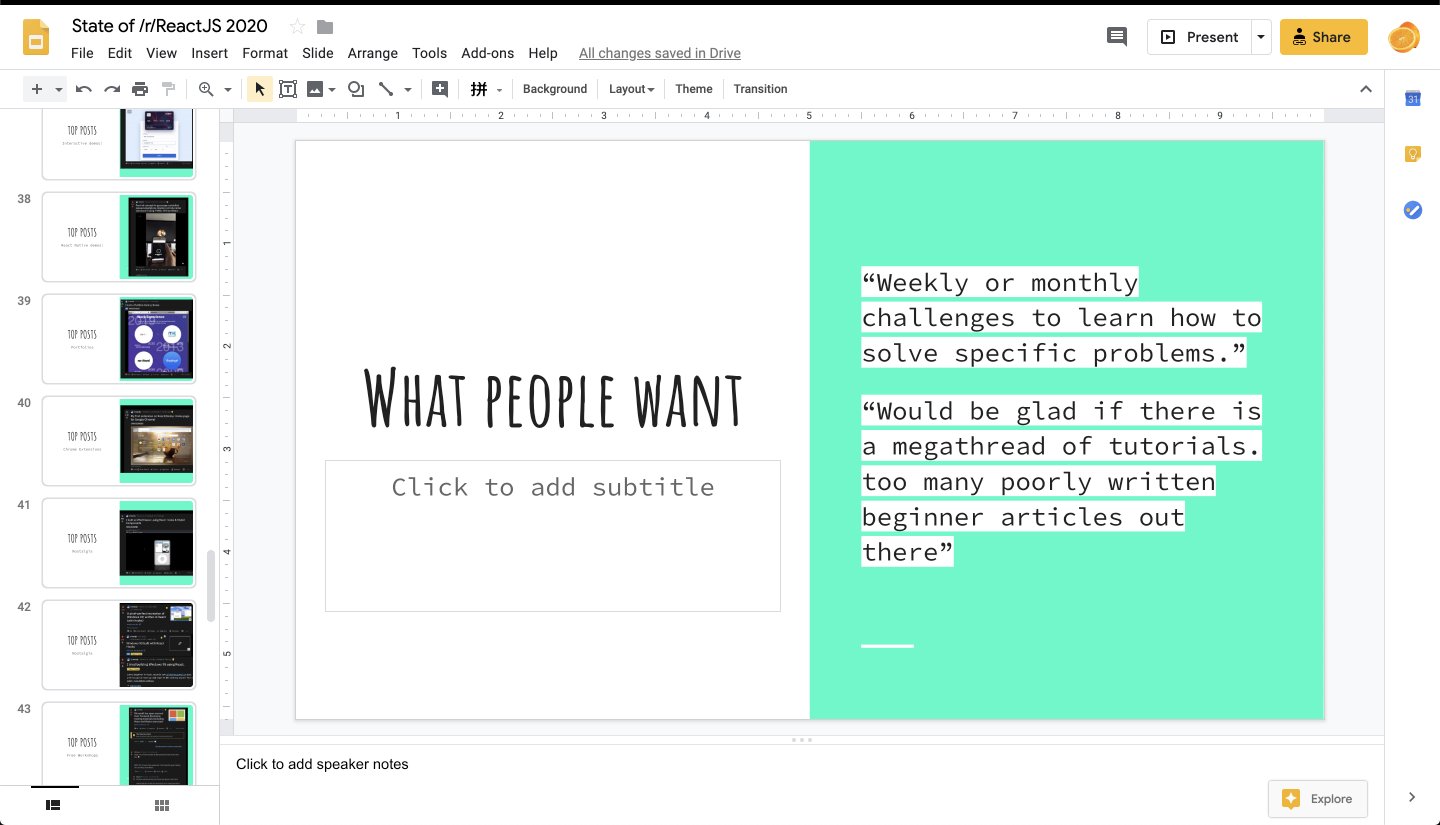 What Beginners struggle with 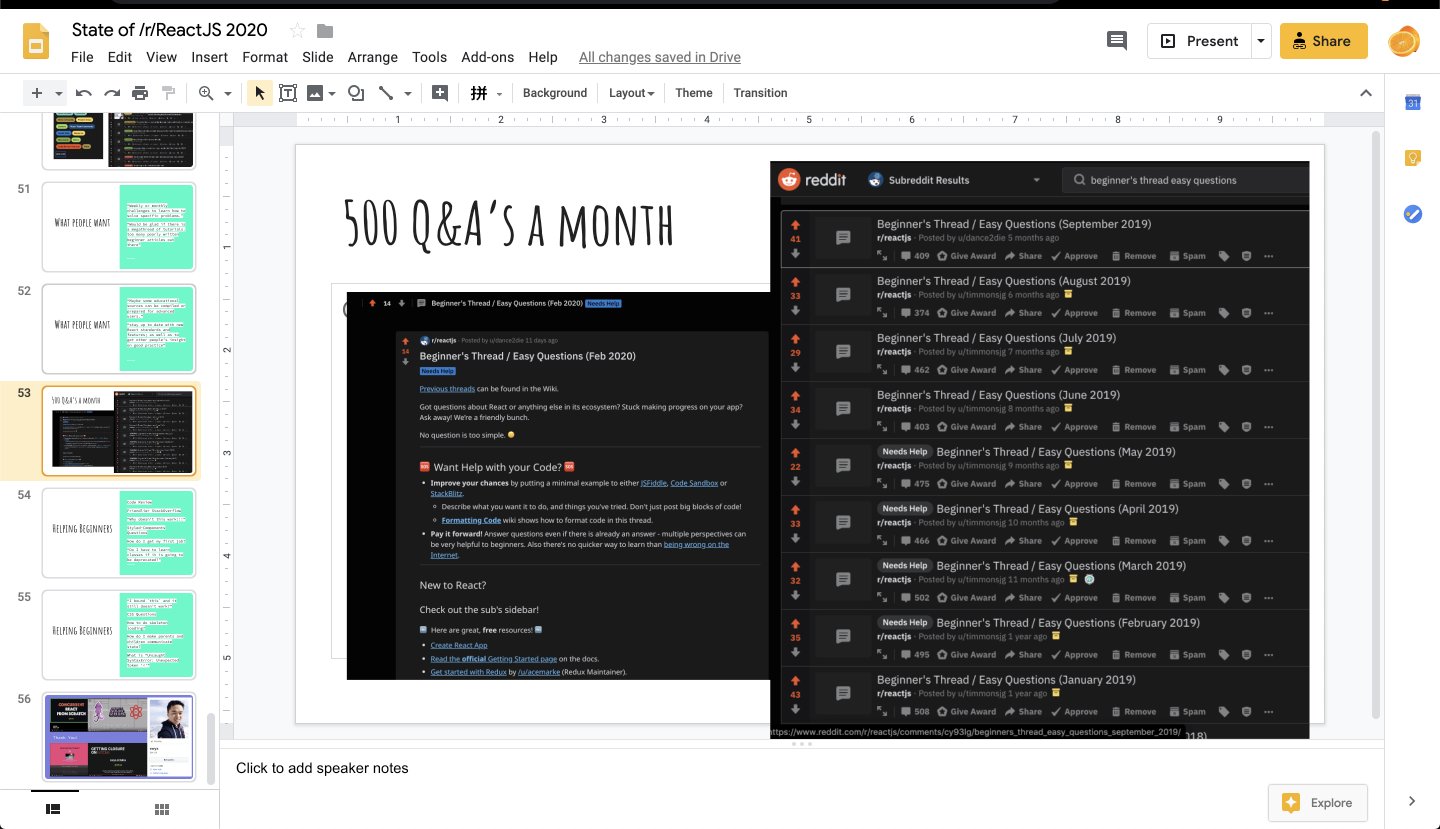 I didn’t present this as it was less relevant to the meetup attendees but the main takeaways:

I also adopted the branding of ”/r/Reactjs is the Front Page of React” inspired by Reddit’s ”Front Page of the Internet” branding.

Things we could have done better

We made a metric TON of mistakes. For example, running this survey in the dead of December at our seasonal traffic low when nobody is at work or wants to think or talk about work.

We also collected people’s package.jsons in an attempt to look at dependency correlations. It would have probably yielded some VERY promising insights unavailable anywhere else (particularly in closed source codebases). However, I don’t think we did it very well (eg, not warning people in advance, so that if you were doing the survey on mobile you suddenly were ambushed with this “pls dump your deps here” question that you would need to head back to a laptop for) and so not many people did this.

We didn’t ask anything about linting, or vim/IDEs, or Prettier, or animations, or specific questions on adoption of React Native.

What is maybe more important, we didn’t ask GOOD questions about what people want.

We could have focused a lot more on asking these questions in order to probe deeper on solving “real” problems rather than staying at surface level numbers that don’t really help swing any decisions.

Next year I want to get past surface level shit and get deeper to the heart of understanding what people want and what people struggle with. Do that well and I think we give creators the intel to serve the community better. I’m realizing that that is ultimately the role of the community moderator - not to provide the answers but to provide the platform for great answers to emerge.