Real rockets don’t go straight up. They go up, and then they turn. 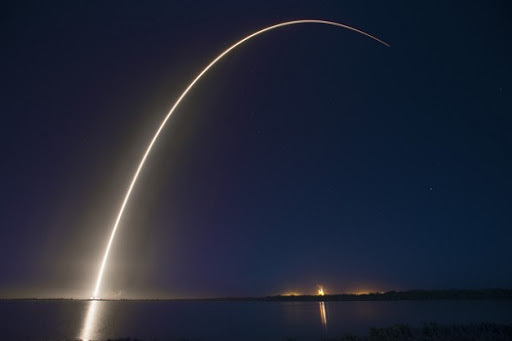 Rockets do this to transition from “mostly going up” to “mostly going sideways” in order to achieve orbit. This is known as a gravity turn (technically, they pitchover, but that’s a less catchy title).

I see a lot of “turns” in life - when something makes sense to do at first, but becomes a bad idea once you’re established, and you notice the “pros” do something else instead.

This was inspired by listening to a recent Creator Lab podcast with Tim Urban. In his words:

“Early on, it was all about ‘How do we get these posts to be read by the most people’… I was trying to do enticing headlines and feature drawings… I think early on, I definitely think you want to think about SEO and keywords and headlines, and all of that.”

“As the blog started to get more attention and there were more people signing up, it doesn’t matter what the headline is for the newsletter… So it’s become less about “how do we get this to go viral on social media”, and more about “the newsletter is going to automatically bring a certain minimum people”.

You can listen to the podcast for the rest. But essentially one of the most successful bloggers in the world is telling us that you should use clickbait and SEO when you are just starting out, even though he doesn’t do it. Tim’s first post was 7 Ways to Be Insufferable on Facebook, written for a Facebook audience). But once you achieve some form of “escape velocity”, you earn the right to title your posts authentically to your artistic sensibilities (like ”The Fermi Paradox”).

You see them everywhere once you know how to look:

Sidenote: These kinds of turns are also a common fantasy trope, from Discworld to Star Wars (I tried but cannot find a source for this idea - the closest is the Too Awesome To Use trope). Magic users start out using magic for everything, but the wizened masters of the craft spend more time thinking about when not to use it.

“You haven’t mastered a tool until you understand when it should not be used.” - Kelsey Hightower

My takeaways from observing strategy turns are simple:

Fans of both poker and Christopher Nolan movies know that there should be a third level after a “turn”. Thesis and antithesis are always followed by synthesis.

Strategy is probably no different. What comes after Strategy Turns?

Note: I have figured this out and will talk about it in an upcoming post on Strategy Moonshots.